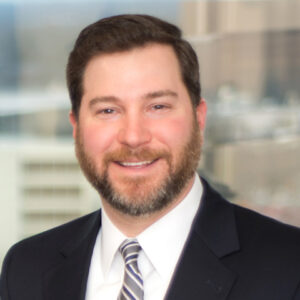 Alan Marshall, a local attorney with Dority & Manning, has “always wanted to do something to help [his community].” He learned about United Ministries (UM) through his church (Buncombe Street United Methodist) and participating in Leadership Greenville but became fully immersed when he joined our Board of Directors in 2012. Alan immediately took on the role of Secretary which allowed him to get to know the organization quickly. He learned through UM’s multiple overlapping programs that “people can always better their lives regardless of what led them to United Ministries.”

Alan quickly dug in further, becoming chair of the Governance Committee, then a member of the Recruitment Committee, and eventually ended up as the Chair of the Board during a time of change at UM – the joining together of UM and GAIHN. Alan thoroughly enjoyed the details of planning and executing the merger, which showed him how “services complement each other and how leadership can make it work.”

After the merger, Alan stayed on as Chair of the Board for continuity. Once his term as chair was over, he saw his position on the board as an “advisory role,” where he could help assist new board members. Although he has recently rolled off the board, he is staying involved with UM by being the IHN (formerly GAIHN) co-coordinator at Buncombe Street UMC. In this role, Alan stays with the families experiencing homelessness in the church for 2 or 3 nights during their stay. He further interacts with them by bringing his family to eat with the other families every night, where his kids have made many friends. Throughout his journey at United Ministries, Alan says he has been impressed with how the leadership and staff have created intersecting programs to help the community.