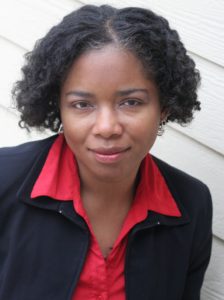 said a prayer, packed up, and moved to Greenville,” Tammi Hart says after explaining that she and her children were in “a bad situation” when living in Ninety Six, SC, where she could not find a job. She moved her family to Greenville on April 19, 2006, somewhat knowing the city after attending church here. Through her church, she was connected with Jerry Blassingame, founder and ED of Soteria, who put them into a hotel while Tammi began looking for local jobs. Personally knowing Tammi’s strength, Jerry Blassingame contacted Tony McDade, the Executive Director of what was then Greenville Area Interfaith Hospitality Network (GAIHN), and told Tony that “he believed in [Tammi],” something that Tammi had never heard from anyone before.

By luck, there was one spot left in GAIHN that Tammi and her children were able to fill. Through the program, Tammi learned more about her new town by experiencing temporary housing at Greenville churches each week. GAIHN assisted her in getting her feet on the ground by assisting her in acquiring stable housing. Tammi also found a job working for an engineering firm. When the recession hit in 2008, Tammi needed emergency assistance after losing her job, and she came to United Ministries. Here, she “remembers being helped by volunteers who were so kind.” Tammi decided to go back to school, and in August 2010, she earned a degree in Psychology which led her to employment at United Ministries! “It was interesting to see how things were put together,” Tammi explains after being a recipient of emergency assistance herself. She helped with the food pantry and gave poverty tours, where she shared her own story with the people she talked to. Tammi left in 2011 when her old employer offered her a higher paying position but stayed involved in the nonprofit community when she joined GAIHN’s Board of Directors the following year.

Tammi has recently joined the United Ministries’ Board of Directors. She “wanted to get back to volunteering” so that she can “try to do what I can and be an advocate.” This is certainly a motto she has lived by. Tammi has been a speaker for United Way campaigns on multiple occasions, which forced her to overcome her previous fear of speaking in front of people. Furthermore, she has been interviewed twice for Fox Carolina and has addressed various conferences so she can advocate for more families and individuals experiencing homelessness. Because of her past, Tammi knows that “timing is everything,” and is currently taking time during this pandemic for introspection for her future. She is working with a career coach and is looking forward to figuring out her next steps. We are so lucky to have Tammi as a new board member and, once again, welcome her to the team!