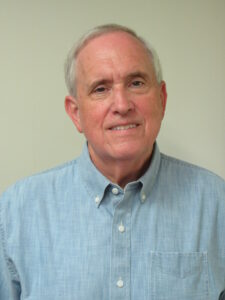 Bob Dillon migrated to Greenville from Pennsylvania in 1971 with the textile business opportunities South Carolina offered. Making a living with a textile company, he also held a passion to become immersed with his new community. He found that “Leadership Greenville and Leadership SC were great ways to learn more about the local environment.” Just six years after Greenville’s schools desegregated, he was elected to the Greenville County School Board, where he learned about this diverse area. Through all of this, he was aware of United Ministries (UM), but mostly “knew them from a distance.”

All of that changed in the mid-2000s when he began volunteering with the Employment Readiness (ER) program in the morning one day a week. He assisted with the ER orientation and class that followed, as well as working one-on-one with participants on job applications and their resumes. He found himself growing within his role as the program grew, and he soon realized that he wanted to also volunteer with the Adult Education (AE) program in the afternoons. He felt that the program’s “approach made a lot of sense,” since the program allowed students to come and go as worked with their schedules. Having this student focused program helped Bob see the “even increasing success level” of the students, and he learned a lot from his experience there. One participant stands out to Bob: she was a very nice young woman who struggled with math, and Bob noticed that she began coming into tutoring with a distant attitude. When Bob asked her about it, she told him that as a “Dreamer” immigrant, she was tense about the thought of being deported during this time. Bob was speechless; this was a scenario that he had not even entertained as a possibility, and it gave him insight to the breadth of barriers many face.

Around 2010, Bob was asked by the staff to join the Board of Directors, and he responded, “Sure, why not?” Through the last 10 years, there have been many exciting developments, such as UM’s merger with Greenville Area Interfaith Hospitality Network. When hectic times came in 2014, Bob was amply impressed with the “vast majority of board members who were willing to step up.” Bob considers it an honor to be a “cog in the wheel” at UM, especially after some particular moving encounters here. His favorite part of his volunteerism is the “relationship you get to form with participants,” since it’s not just giving him exposure to “different folks,” but also gets him to become personally invested in their success. This comes to fruition on the night of GED graduation, when Bob sees “participants who [he] met in ER and then AE walk across the stage,” a symbol of their hard work paying off. Bob continues to help shape UM, something both rewarding to him personally and to the organization.